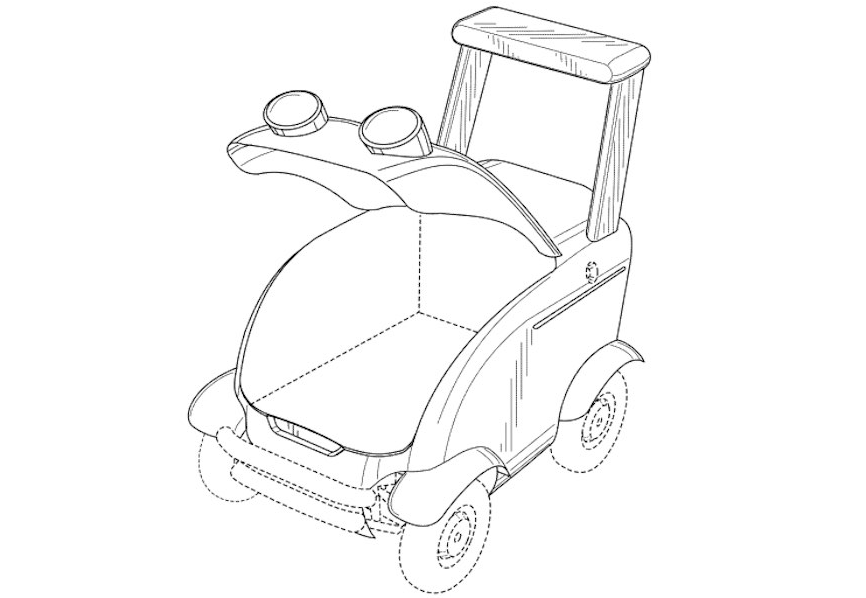 The idea, as DoorDash Co-founder and Chief Product Officer said then was, “using a robot to pick up multiple orders from a single restaurant at once, transport the orders to a central dispatch hub, and then meet a number of human Dashers who can then take each order to their final delivery destinations.”

DoorDash continued to develop partnerships to develop its robotic delivery platform, DoorDash partnered with Cruise to test autonomous cars for delivery orders in 2019. DoorDash also acquired Scotty Labs in 2019 (a company that developed technology to allow people to remotely control self-driving vehicles) and as recently as February of 2021, acquired Chowbotics (a company that created a food prep robot).

DoorDash hasn’t publicly given any details but has said the technology isn’t necessarily an indiction of what’s under development. Regardless, experts say all this points to one thing: DoorDash is developing its own delivery robots.

While details about DoorDash’s robotic delivery fleet haven’t been announced, it has filed patents for autonomous delivery technology. The food delivery robot patents include illustrations of the proposed rolling Dashers.

In one patent, DoorDash describes a self-driving vehicle that could hold two to three 22-inch pizza boxes and other items in a storage compartment. And based the patents (which were approved in September and October of 2021) the vehicles can navigate sidewalks, bike lanes and roadways – while speeding along at speeds of 18-25 miles per hour.

To lead the charge for DoorDash, DD hired Ashu Rege as DoorDash Labs’ new vice president of autonomy. He spent six years at the autonomous vehicle start-up Zoox. (Zoox was acquired by Amazon in 2020 for $1.2 billion.)

It’s all part of DoorDash’s larger plan to be the king of delivery. Delivery services like DoorDash have exploded in the past few years and with virtual kitchens entering the restaurant space, the company is on a path to own the distribution system. At least from a delivery perspective.

Delivery is the Future

Restaurants and other retailers (like Amazon) are quickly realizing that delivery robots could be a huge asset – not only to expediting delivery but also to mitigate a human workforce that can be unpredictable. If you’re a restaurant and not using DoorDash to handle your orders, what are you waiting for? Their platform is easy to use (for both restaurants and customers) and offers users great variety – and speedy delivery.