10 Bartender Scams that are Costing Your Bar & Restaurant Money 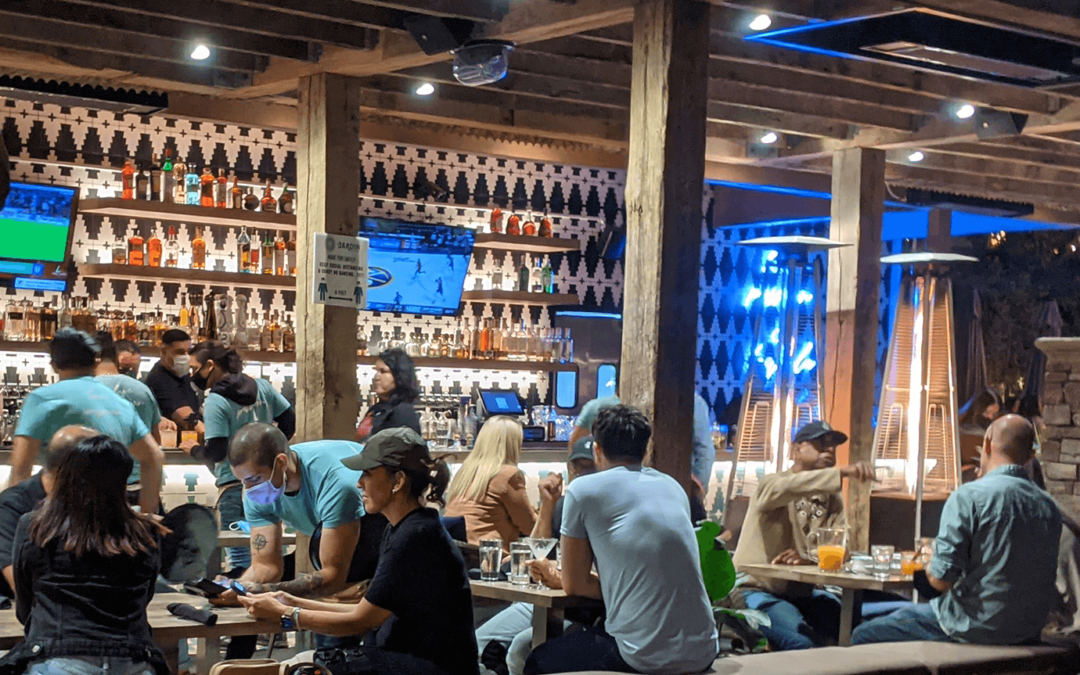 Bartenders can make a major impact on your bar – both positively and negatively.

Unless you have a a problem, there’s a good chance you’re not talking about the elephant in the room: theft. But make no mistake: There is theft occurring in your restaurant or bar. According to the National Restaurant Association, approximately four or more cents out of every dollar is stolen by employees in American restaurants & bars.

One place theft and loss are common are at the bar. Since this part of your business still revolves around cash handling and real people skills, it’s a prime target for an enterprising scammer. How are they doing it? Well, the scams vary, but there are these several ways bartenders could be stealing your money:

This the most common and longstanding bartender trick: Add extra alcohol to a drink in hopes of a better tip. Unfortunately overpouring can also turn off patrons who don’t like strong drinks. Measured pours ensure proper pours, and proper pours decrease liquor loss.

2. Charging a Cheaper Liquor When a More Expensive One is Ordered

When a bartender pours a well liquor instead of the ordered call it’s a win-win for the customer: they get a better liquor at a cheaper price, but it’s a lose-lose for the restaurant or bar owner. While serving a better liquor gains appreciation from the bartenders friends (and possibly a better tip) it throws off inventory and is deceptive and in some states illegal.

Can you really tell how much vodka is in that vodka and orange juice? Probably not. And most bartenders know this – and why mixed drinks give bartenders a chance to hide the amount of alcohol actually in the drink. When a bartender pours some customers less alcohol so that the bartender can use the alcohol in another drink the bartender is not only stealing from your customer but eroding trust with you bar patrons – eventually the inconsistency of your bartender’s pours will catch on with customers and they’ll go somewhere else.

4. Charging a Well Instead of a Call

Here the bartender pours a well instead of the ordered call but charges for the call and pockets the difference. This is deceptive and harmful to not only customers but the bar/restaurant’s reputation.

5. Charging a Double for Singles

When a bar offers a discount for a double a bartender can take advantage of that by charging the double but pouring two singles. This can also work when there’s a discount on a six pack of beers or wine. The bartender rings in the discounted beer or wine but then sells those items at full price, again the bartender pockets the difference.

This is when a bartender takes an order and then rings up the Open Liquor key for a lesser amount than the order is worth. The bartender then charges the full and correct amount from the customer and pockets the difference. If caught, the bartender can say they didn’t know there was a key for whatever was rung in and they were just trying to account for everything.

When a bartender rings a drink on the rocks or using an up modifier even though it isn’t required for the ordered drink they can then use that alcohol for another drink without it affecting the liquor pour cost. Normally these modifiers don’t cost the customer any extra so no one is the wiser.

8. Not Ringing Up the Drink

Not ringing up the drink generally happens when the customer orders multiple drinks and the bartender rings in some but not all the orders and then pockets the extra money paid by customers as a tip. Of course, this can also happen when bartenders drink on the job – typically, bartenders that do this, never ring in what they’re drinking.

A bartender sneaks in their own bottle of liquor, and sells that alcohol in drinks but pockets the money. Since they brought thier own bottle, it doesn’t show up on or affect inventory or go toward the liquor pour cost.

Misusing the comp and spill options allows bartenders to sell drinks that are already accounted for.

With the high turnover and hiring challenges restaurants and bars are facing, bartender scams are more common than ever. One of the best ways to catch bad employees who are perpetuating these scams is to hire a Mystery Shopping company like EyeSpy to evaluate your bar service.

In addition to evaluating bar service, you may also consider re-training your bartenders and reminding them what your expectations are. Remember to document any issues with these employees and take immediate action to discipline any employees you find guilty of theft.