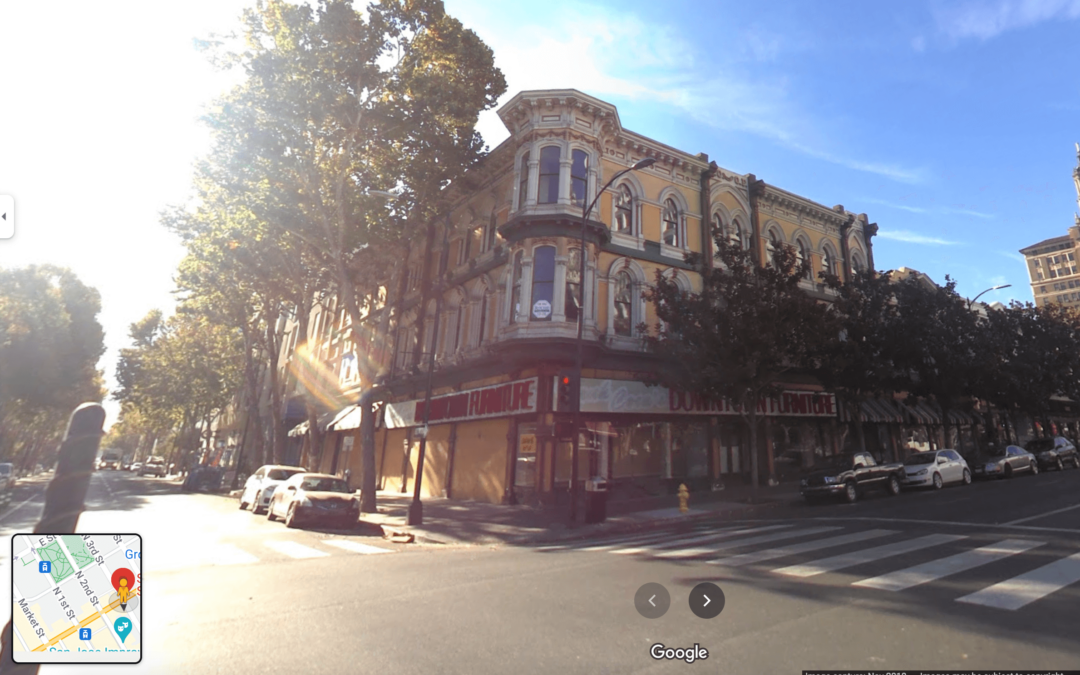 CloudKitchens will take over this space at the corner East Santa Clara and South Third streets (Image: Google Maps).

The building, formerly Hank Coca’s Downtown Furniture will partly become a CloudKitchens location – a food distribution hub that acts as a virtual kitchen for other restaurants and for food pick up and delivery. The location will also have some on-site dining and potentially, some counter service offerings.

The deal excites San Jose business leaders that are desperate for a post-pandemic economic boost in the downtown area. “I think it’s a really exciting idea for downtown,” said Scott Knies, executive director of the San Jose Downtown Association. Knies is encouraged to have Cloud Storage Systems take an interest in the 140-year-old property.

San Jose Kitchens of the Future

The concept known as a ghost kitchen or virtual kitchen exploded in the pandemic but is trending to be the future of food distribution. CloudKitchens (also founded by Kalanick) rents out prep space, like fully equipped kitchens, for food service providers like restaurants.

The location is ideal for a number of reasons. It’s close to San Jose State University, so there will be both an ample work force and customer base. Plus, Google’s new, massive San Jose campus near Diridon Station will be home to some 25,000 Googler’s.

No announcements have been made yet in regards to restaurant partners or when the CloudKitchens venue will open, but expect some updates in the first half of 2022. When it does open, CloudKitchens will not be the only ghost kitchen in the area.

If you’re considering using a ghost kitchen to handle your restaurant’s pick up and take out orders, you may also want to hire a mystery shopping company to independently monitor the virtual kitchen’s performance: You want to make sure it’s meeting you food quality and customer expectations – because virtual kitchens are a direct extension of your brand.