Why Pie Could Be the Next Big Food Trend 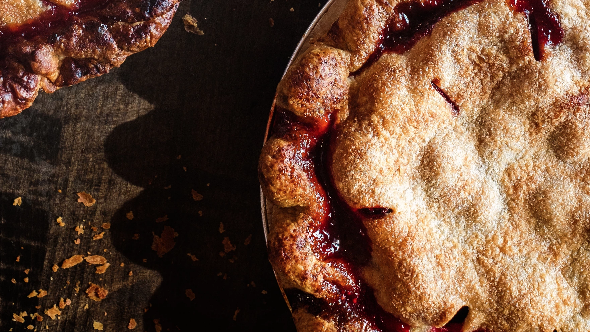 When our thoughts and tummies turn to comfort foods, at the top of any comfort food list, there’s pie. And now it’s being embraced for breakfast, better deserts and more.

Pies, a long-time staple of diners and Marie Callender’s everywhere, have seen a resurgence fueled by millennial nostalgia and pop culture. Pie shops are popping up in places like Chicago, Detroit, Pittsburgh and San Francisco – and the options have never been better. It’s not just quiche for breakfast anymore.

San Francisco’s Che Fico for example and the recently opened all-day cafe and pie shop Theorita both serve pie. And both locations are doubling down on pie as a more savory option for patrons instead of pastries. So is Pie for Breakfast in Pittsburgh.

A Slice of Life

Pie as a breakfast item isn’t new, in fact, the history of pie reads like a history of the world, as our ancestors have been baking ingredients into a doughy crust for eons. In Medieval times, pie, or “pye” as it was known, might include rabbit, pork, potato, raisins and whatever else was available. Mincemeat pie and other treats evolved out of this.

In the 1600 and 1700’s, Dutch colonist flocking to the Americas developed flaky crust filled pies with – wait for it – apples imported from Europe. As the States grew up, savory fillings like meats and spices gave way to fruit and other sweet ingredients as American housewives turned the pie into a staple that occupied window sashes and kitchens all year long.

In the 1950’s and 1960’s, American diners turned apple, banana cream and blueberry pies into must have meal treats. In the 1980’s and 1990’s Sara Lee, Marie Callender and others made pie a mass produced grocery and shopping cart necessity.

Like other new dining concepts, pie is still gaining traction and it remains to be seen if it will return to the popularity it experienced in the 1950’s and 1960’s but for now, it seems like a pie party is in progress.

Pie Hole in Los Angeles is filling diners with all sorts of sweet and savory offerings, like sausage pies. At Theorita there’s also pastries on the menu, but according to Pastry chef Angela Pinkerton, “We get more orders for pie at breakfast than at lunch.”