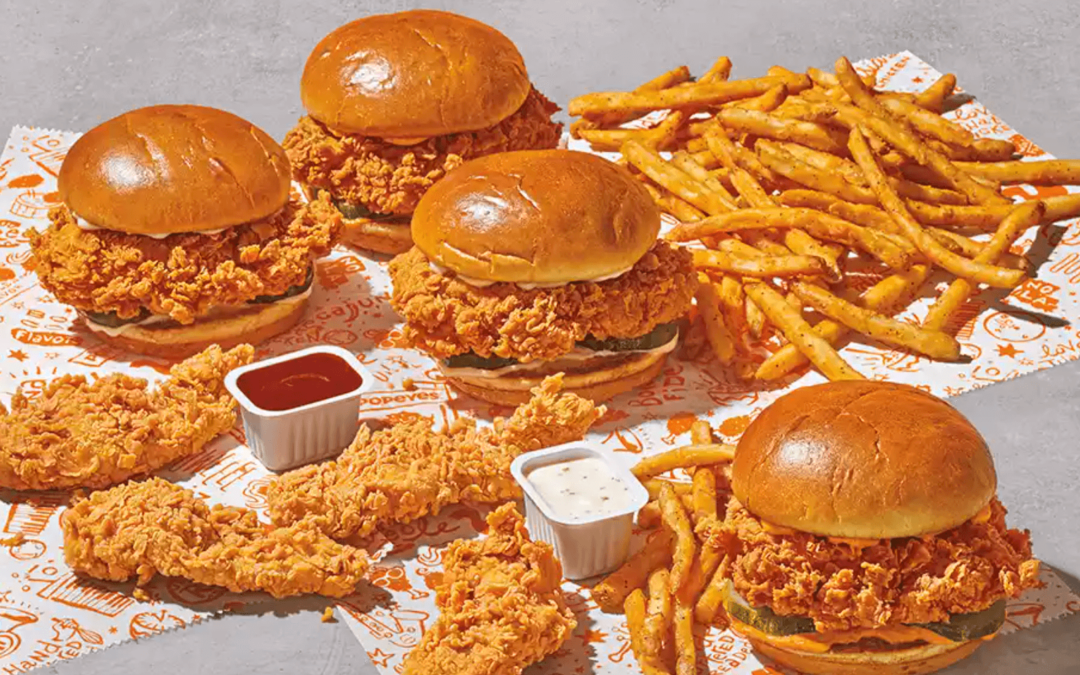 Heralded by a series of fast food exec’s describing their own stores’ struggles to stock enough chicken breasts, nuggets, tenders, wings and patties, the chicken shortage is real.

At the start of 2021, amid restaurant closures and dining room restrictions, cold-storage facilities sat swollen with stockpiles of chicken unable to be used. Chicken looked like a bargain for U.S. restaurants then, but fast forward to May of the same year, and chicken is in short supply.

For years, chicken has been the most popular meat in the United States. Thanks in part to guys like Colonel Sanders, the grandfather of fast food franchising, and more recent up and coming chicken franchises like Chick-fil-A, Popeye’s and Wingstop.

Unfortunately, pandemic spurred disruptions in both the market and supply chain, and an increased demand for a comfort food that is takeout and delivery friendly, has restaurant consultants and analysts bemoaning the current chicken deficit – and steep increase in prices.

So what got us here? Some experts blame the coronavirus, others blame chicken’s wild popularity. But after a year of promoting crispy chicken, wings and tenders, restaurants across the country have had to ‘86’ wings, and reevaluate chicken specials or adjust prices to meet demand.

Heavy winter storms took a large bite out of supply, but the poultry industry problems run much deeper than a shortage of the finished product. Big Meat’s labor issues also have impacted availability. And then there’s the sandwich…and The Chicken Sandwich Wars. In 2020, fast-food chains like McDonald’s, Popeyes Louisiana Kitchen and Wendy’s all introduced (to much fanfare and eager customers) new chicken sandwiches.

And they’ve all been followed by local operators (and smaller franchises) trying to stay in step with national trends. But even more competition is on the way – as more chains look to capitalize on the trend – including Burger King, who plans to sell a hand-breaded version nationally this summer. And Chick-Fil-A, who will launch a wing-based restaurant called Outfox Wings, later this year.

Still, the outlook doesn’t look good for chicken lovers in the near future. A spokesperson for Buffalo Wild Wings said recently that many of it’s sports bars have a very limited supply. “We’re working to get more in stock and encourage you to try some of our other items like boneless wings, hand-breaded chicken sandwiches – or burgers,” the chain said in a tweet responding to a customer who asked if it was out of chicken.

”Demand for the trending new sandwich has been so strong that, coupled with general tightening in domestic supply, our main challenge has been keeping up with that demand,” David Gibbs is the CEO of Yum Brands, whose KFC restaurants, also recently rolled out a new fried chicken sandwich.

Then, there’s the labor issue: Investigative reporting and lawsuits have revealed life-threatening conditions that workers in meat and poultry plants have endured during the pandemic, and have prompted criticism that the industry is more concerned with profit than safety.

The industry meanwhile, has argued that it has invested in protections in its facilities… but that hasn’t exactly been the case. Reporting by the nonprofit journalism outlet ProPublica found that companies lobbied both state and federal levels officials to keep their plants open while failing to implement social distancing and masking policies.

During the pandemic, many meatpacking plants became virus hotspots. Nearly 60,000 meatpacking workers have tested positive for the coronavirus and almost 300 have died from it, according to data compiled by the Food and Environment Reporting Network. The vast majority of those laborers infected have been racial or ethnic minorities.

When asked about chicken supply increasing the Chicken Council spokesman Tom Super told USA TODAY that production began picking up in early April and there has been a steady increase over the past month. “As chicken production begins to resume back to a more normal pace of output in the coming months, and there is a better supply demand ratio, the market tightness should ease.”