ENTRÉE Act Would Provide $60 Billion in Relief to Restaurants 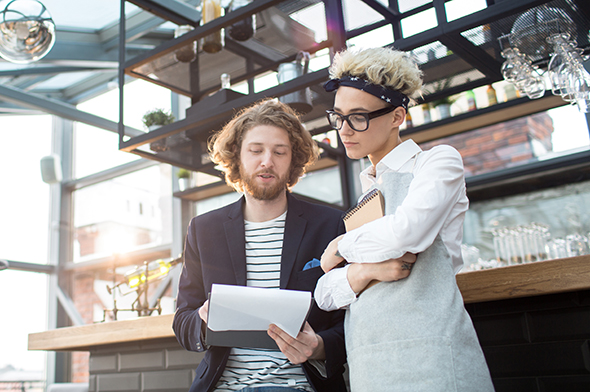 Congressman, and ranking member of the House Committee on Small Businesses, Blaine Luetkemeyer, introduced the ENTRÉE Act in an effort to provide aid to thousands of grappling restaurant owners.

According to the proposed legislation, ENTRÉE – Entrepreneurs Need Timely Replenishment for Eating Establishments Act, would assist foodservice businesses in need, particularly those that were shut out of the first round, with funding provided by unspent Economic Injury Disaster Loans and state and local funds from President Biden’s American Rescue Plan.

This proposed legislation would add $60 billion accounted-for funds to the Restaurant Revitalization Fund. Currently, restaurant and bar operators are awaiting replenishment of the RRF after 64% of eligible applicants were not funded by the original $28.6 billion legislation.

Along with ENTRÉE comes increased oversight responsibilities and audit requirements for the Small Business Administration to safeguard American taxpayer dollars.

Specifically it would eliminate preferential treatment for priority groups – an issue that plagued the RRF’s initial go around. The proposed legislation would eliminate the original three-week prioritization period of women, socioeconomically disadvantaged individuals and veterans, which lead to several lawsuits and the rescinding of thousands of previously approved applications. Nearly 3,000 restaurants and bars owned by these individuals had grant awards rescinded following lawsuits in Texas and Tennessee that ordered the SBA to cease honoring the 21 day priority period it created for marginalized groups.

Instead, Congressman Luetkemeyer said that this round of funding would be distributed on a “first-come, first-serve” basis and would require increased oversight and audits on the part of the U.S. Small Business Administration to prevent future issues. The SBA previously indicated if more money was appropriated to the RRF, it would process the applications in the order received.. meaning applicants already in the system that were left out the first time would be getting reviewed again.

The ENTRÉE Act proposal comes a week after the Restaurant Relief Fund portal was officially disabled while the industry waits to see if congress will refill the fund. It also follows the National Restaurant Association’s request that the SBA reprogram federal dollars to pay the nearly 3,000 RRF recipients who had their grant approvals revoked.

The NRA praised Luetkemeyer’s proposal to support extended federal relief for the restaurant industry – which the association argues is still desperately  needed even as dinner demand surges and restaurant restrictions loosen across the country.

“From the outside looking in the industry appears to be recovering, but looks are deceiving. Restaurants that have been closed or operating under often severe capacity restrictions have months of debt that they are balancing with increased food and labor costs. Many are caught in a vicious cycle of wanting to fully open but lacking the resources they need to meet demand. For many of the operators stuck in limbo as they wait to hear about the RRF Replenishment Act, a grant could put them on solid ground. “ – Sean Kennedy, EVP of Public Affairs at the NRA

Kennedy adds, “ There isn’t a community in this country that hasn’t lost a small business restaurant or isn’t on the verge of losing one, which is why we haven’t given up on working with Congress and the Administration to find a path to more funding.”