Restaurants Face Hiring Crisis as They Open to Full Capacity 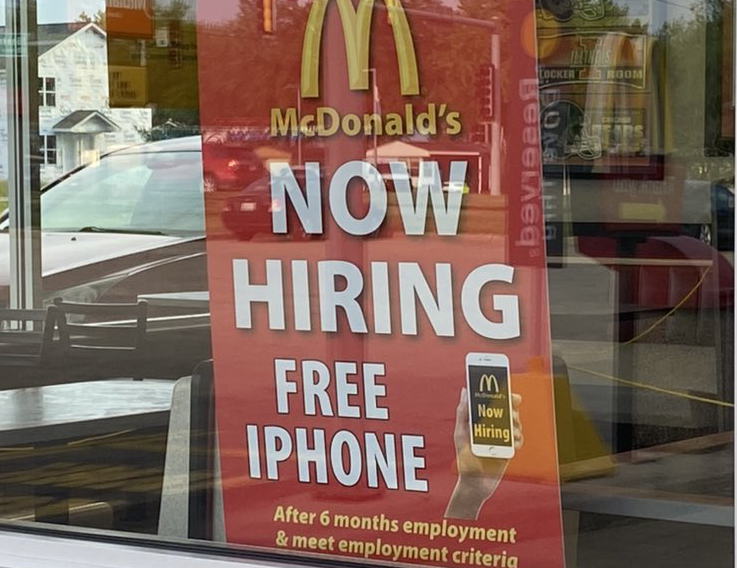 Dining restrictions are lifting across the country as restaurants re-open. That’s good news for establishments desperate for business after the pandemic, but now those same businesses face a hiring challenge. (Photo: Bragard / Twitter)

Dishwashers are being asked to cook, Bartenders are making drinks while bussing tables. And on busy nights, left with no other choice, owners are faced with eliminating tables in already reduced-capacity dining rooms because they do not have enough hands on deck.

Thanks to vaccine distribution and loosening restrictions sales and demand are finally starting to sync for restaurants. ….Yet many restaurants continue to close early, or open late, or simply elect to keep lobbies shuttered in favor of drive-thru, takeout and curbside service.

Even before the pandemic labor was limited due to the Bay Area’s high cost of living and the industry’s comparatively low wages. Now, with dining rooms opening up at higher capacity (and a looming June 15 promise to return to normalcy), restaurant owners are scrambling to attract and retain employees. by cross training, increasing wages and hiring incentives, offering referral programs and considering health benefits packages.

The crisis isn’t limited to fine dining or the bay area. Restaurants around the country including large fast-food operators are struggling to secure employees. In some cases, employers are being roasted by the internet in their desperate attempt to get people to work: To lure in new hires Taco Bell is giving paid family leave to it’s store managers, while McDonald’s got slammed by offering a free iPhone after 6 months of work.

Laurie Thomas, executive director of the Golden Gate Restaurant Association and owner of two San Francisco restaurants, predicts there will be more people looking this fall when the government stimulus package, which provides an extra $300 in federal unemployment on top of the state’s weekly stipend, is set to expire.

“That’s giving people a cushion,” she says. “It’s also giving them to think, ‘I don’t feel safe returning to work yet.”

While economists have calculated that roughly half of unemployed American’s are temporarily earning more from benefits than they did at their former jobs, they also expect that once health care concerns and childcare issues are alleviated, many will return to work.

Are there ways for restaurants to appeal to employees just beyond pay? Especially younger generations. Are there perks owners can focus on that will appeal to hourly workers?

Many restaurants are having to think out of the box to attract new employees in the ever shrinking staffing pool. Fred Velez, the director of operations for King Fish House in San Jose and it’s SoCal locations is looking at hiring younger, inexperienced workers to fill positions.

Last month with hiring platforms yielding so few candidates, Velez incentivized employees with a new referral program: If your friend gets hired and stays for 90 days, you get $300 – and the new recruit gets $100. “We’re on the hook with 5 new crew members already,” he says. “It’s going to be money well spent.”

Restaurants are offering tuition assistance, more flexible shifts, bonuses and childcare allowances. Owners are looking beyond applicants’ lack of experience and are investing in skills and development training that will make them successful in the position and beyond.

The value of training can’t be overstated. As an operator, when you’re rebuilding (and even forming) a team – you have to invest in your employees and restaurant operational development – in turn, you’ll boost employee retention and recruitment efforts.